His Highness said that DIFC’s strategy is a true reflection of the vision of His Highness Sheikh Mohammed bin Rashid Al Maktoum, Vice President and Prime Minister of the UAE and Ruler of Dubai, which aims to cement Dubai’s global status as a prominent destination for innovation and investment. It is also a pivotal hub for tapping growth opportunities in the Middle East, Africa and South Asia (MEASA) – a region with a combined GDP of USD 7.7 trillion.

His Highness commended the Centre for its exceptional performance and for adopting the highest international standards. “We thank all those who have contributed to strengthening DIFC’s status as one of the world’s leading financial centres. Our years of outstanding achievements further strengthen the strong confidence that DIFC’s partners from around the world have both in Dubai and the Centre. We are committed to further enhancing these partnerships as we continue to provide our growing community with an integrated platform for growth.”

DIFC announced strong growth in its community, with new companies from various parts of the world joining the Centre during the first half of 2018. The total number of active registered companies in DIFC reached 2,003 at the end of June, up eight percent from 1,853 as of 31 December 2017 and 14 percent year on year from 1,750, a growth that reflects the industry’s continued confidence in Dubai and its leadership’s vision.

The sustained growth in the number of companies undertaking business from DIFC now means that 614 companies are regulated by the DFSA, of which 493 are financial services firms. These strong results, together with the ‘International Finance Centre’ award DIFC received at the WealthBriefing European Awards 2018, reaffirm the Centre’s position as MEASA’s leading financial cluster and one of the world’s top 10 financial hubs.

Commenting on DIFC’s strong growth momentum, His Excellency Essa Kazim, Chairman of DIFC Authority Board of Directors and Governor of DIFC, said: “The fundamentals of the Dubai economy, together with the robust infrastructure we have built at DIFC, continue to be the cornerstones of the sustainable growth we are delivering. Guided by the forward-looking vision of our leadership, we have built a sophisticated ecosystem that is the preferred platform for many of the world’s largest and highly respected institutions. Committed to shaping the future of financial services in the region, the Centre’s best-in-class services ensures that DIFC remains ahead of future trends and plays a pivotal role within the global financial system.”

Arif Amiri, Chief Executive Officer of the DIFC Authority, commented: “DIFC is pleased to report an impressive start to 2018. The new clients who have opened in DIFC range from FinTech start-ups who are supported by our vast ecosystem, through to global industry giants. All of these companies have chosen us as their preferred financial centre to build their MEASA business given our track record of close to 15 years, unrivalled infrastructure quality, proven legal and regulatory framework, and because they can have access to the best pool of financial talent in the region.”

Contributing to the development of Dubai as a global investment hub has always been a key priority for DIFC, and an important component of its 2024 growth strategy. Building on this commitment, and following the economy-boosting initiatives approved by His Highness Sheikh Mohammed bin Rashid Al Maktoum, Vice-President and Prime Minister of the UAE and Ruler of Dubai, DIFC announced three new strategic initiatives in April 2018 that aim to support economic growth in Dubai and cement its global status as a competitive business destination.

As part of its FDI-focused initiative, and building on the importance of the UAE in the One Belt, One Road initiative, DIFC has made further enhancements to its offering and longstanding relationships with the Chinese institutions that continue to use the Centre as their gateway to growth. These efforts were underpinned by the strategic visit of a senior delegation from China, led by Qian Keming, Vice Minister of Commerce of People’s Republic of China, to the Centre in May this year. The meeting focused on the areas of collaboration that can support the One Belt, One Road initiative and the growing interest from Chinese institutions in DIFC and its sophisticated FinTech ecosystem.

Additionally, DIFC has made further enhancements to its wealth management platform earlier this year with the enactment of two new laws: the Trust Law, which provides an appropriate environment for the operation of trusts in DIFC, and the Foundations Law, a completely new regime to provide greater certainty and flexibility for private wealth management and charitable institutions in line with international best practice.

Following DIFC’s announcement to triple its commitment to FinTech in 2018, the Centre is home today to a vibrant FinTech community of over 50 firms, numerous FinTech-related clients, as well as components which include an innovation-testing license, FinTech licence and a collaborative workspace, along with access to the largest financial community in the region. These elements together have developed the Centre into MEASA’s leading FinTech hub and one of the world’s top 10 FinTech hubs.

During the first six months of 2018, 50 percent of startups from the first FinTech Hive programme, the region’s first FinTech accelerator, have set up in DIFC. The total funding raised by these startups today amounts to USD 10 million.

Held in partnership with Accenture, the 2018 cycle of FinTech Hive at DIFC, will include all areas of FinTech. However, it will have a focus on Islamic FinTech and RegTech as well as a dedicated stream for InsurTech. The latest cycle saw over 300 applications from start-up firms, from which 15 will be selected to join the 12-week course in September. The InsurTech programme has attracted strong support from major international insurance firms, including AIG, Takaful Emarat and Zurich Insurance Company Ltd.

DIFC signed a Memorandum of Understanding (MoU) with Middle East Venture Partners (MEVP), to support and encourage the development of a venture capital ecosystem in the region. This was boosted when the Centre entered into a partnership with Startupbootcamp to launch new programmes which will promote entrepreneurship in the region.

Recently, DIFC signed an MoU with Finance Innovation, France’s official innovation cluster for the financial industry, based in Paris. The collaboration is one of a number of global bridges that have been built and will facilitate knowledge sharing and collaboration between regulatory and financial communities.

Through these agreements, the partners will explore ways to collaborate on the Centre’s USD 100 million FinTech Fund.

Significant additions to Dubai’s most prestigious business and lifestyle address

During the first half of 2018, DIFC has made significant progress with its major infrastructure investment projects. The Exchange Building was successfully completed adding 147,000 square feet to DIFC’s Gate Village complex. DIFC’s popular conference centre will relocate and feature state of the art facilities, whilst NASDAQ Dubai, companies and retailers are all due to start moving into The Exchange during the second half of 2018.  The new premises provide office space for over 1000 people and is already 98% leased.

The much-anticipated Gate Avenue, DIFC’s AED 1 billion retail development, is now in the final phase of construction, with completion expected to be achieved later this year. Construction of the DIFC Grand Mosque commenced this year. The Mosque will provide a place of worship for 500 workers and residents at DIFC and the surrounding community with 24/7 accessibility.

The unmatched ecosystem in DIFC, together with the strategic location of Dubai, continued to attract market leaders that are looking to access business opportunities across the MEASA region. Major global financial institutions, including Berkshire Hathaway Specialty Insurance Company and State Street Global Advisors, have joined the Centre’s growing community during the first half of 2018. Additionally, Maybank Islamic announced its plans to launch operations from the Centre.

The Centre’s growing insurance sector of more than 200 underwriters, 98 insurance-related entities, including six of the world's top ten insurance companies, welcomed the insurance industry leader, Berkshire Hathaway Specialty Insurance (BHSI)Asia Middle East in February 2018. BHSI is drawing on the strength of Berkshire Hathaway’s National Indemnity group of insurance companies, which have USD 269.3 billion in total admitted assets, USD 156.6 billion in policyholder surplus and are rated A++ by AM Best and AA+ by Standard & Poor’s.

In the second quarter of this year, State Street Global Advisors (SSGA), the world’s third largest asset manager with USD 2.73 trillion under management, joined DIFC’s established Wealth and Asset Management sector of around 195 asset management companies and specialist global advisors, including 12 of the top 25 asset and money managers. The addition of SSGA, which will see them covering the region from DIFC with their full advising and arranging licence in support of their wealth management advisory business and marketing activities, underlines the importance of being part of the Centre’s large community with proximity to institutional investors.

Maybank Islamic, the largest Islamic Bank in Asia-Pacific region and part of the Maybank group of Malaysia, has announced plans to open in DIFC by early 2019 and will operate under a full category 5 license to serve the GCC market specifically. Offering a wide range of Islamic banking products and services to its retail and wholesale clients, the bank will join the Centre’s powerful banking sector of 180 financial institutions, including 25 of the world’s top 30 banks.

Other notable new joiners among the companies that registered in the first half of 2018 include:

Al Ahli Bank of Kuwait is a branch of Al Ahli Bank of Kuwait K.S.C.P, a public shareholding company incorporated under the laws of Kuwait and listed on the Boursa Kuwait. ABK (DIFC) obtained a Category 2 Operating License which is regulated by the Dubai Financial Services Authority (DFSA). The branch will serve as a regional hub for ABK’s wholesale banking, corporate finance and financial institution services.

Mizuho International Plc opened a securities branch in DIFC earlier this year and has commenced operations. Mizuho Financial Group has had a presence in DIFC since 2007 through Mizuho Bank, Ltd. offering corporate clients in the Middle East access to arranging and advising corporate banking products and solutions. The opening of its latest DIFC Branch offers new opportunities to leverage the comprehensive capabilities of the entire Mizuho group, including global sales and trading platforms as well as underwriting platforms.

Middle East Venture Partners (MEVP) is one of the largest venture capital firms in the MENA region and currently manages regional technology-focused venture capital funds with more than USD 220 million in assets under management and another USD 100 million in co-investments. To date, MEVP’s team, comprising 23 investment professionals, have invested in more than 40 portfolio companies across MENA and Turkey.

KAMCO Investment Company KSC (Public) is a premier investment company based in Kuwait that is regulated by the Kuwait Capital Markets Authority and Central Bank of Kuwait with one of the largest privately managed AUMs in the region.  Established in 1998 and listed on the Kuwait Stock Exchange (KSE) in 2003, KAMCO is a subsidiary of United Gulf Bank (UGB) and the asset management and investment banking arm of Kuwait Projects Holding Company (KIPCO).

Committed to shaping the future of financial services in the region, the Centre’s best-in-class services ensures that DIFC remains ahead of future trends and plays a pivotal role within the global financial system.” H.E. Essa Kazim - Governor of DIFC 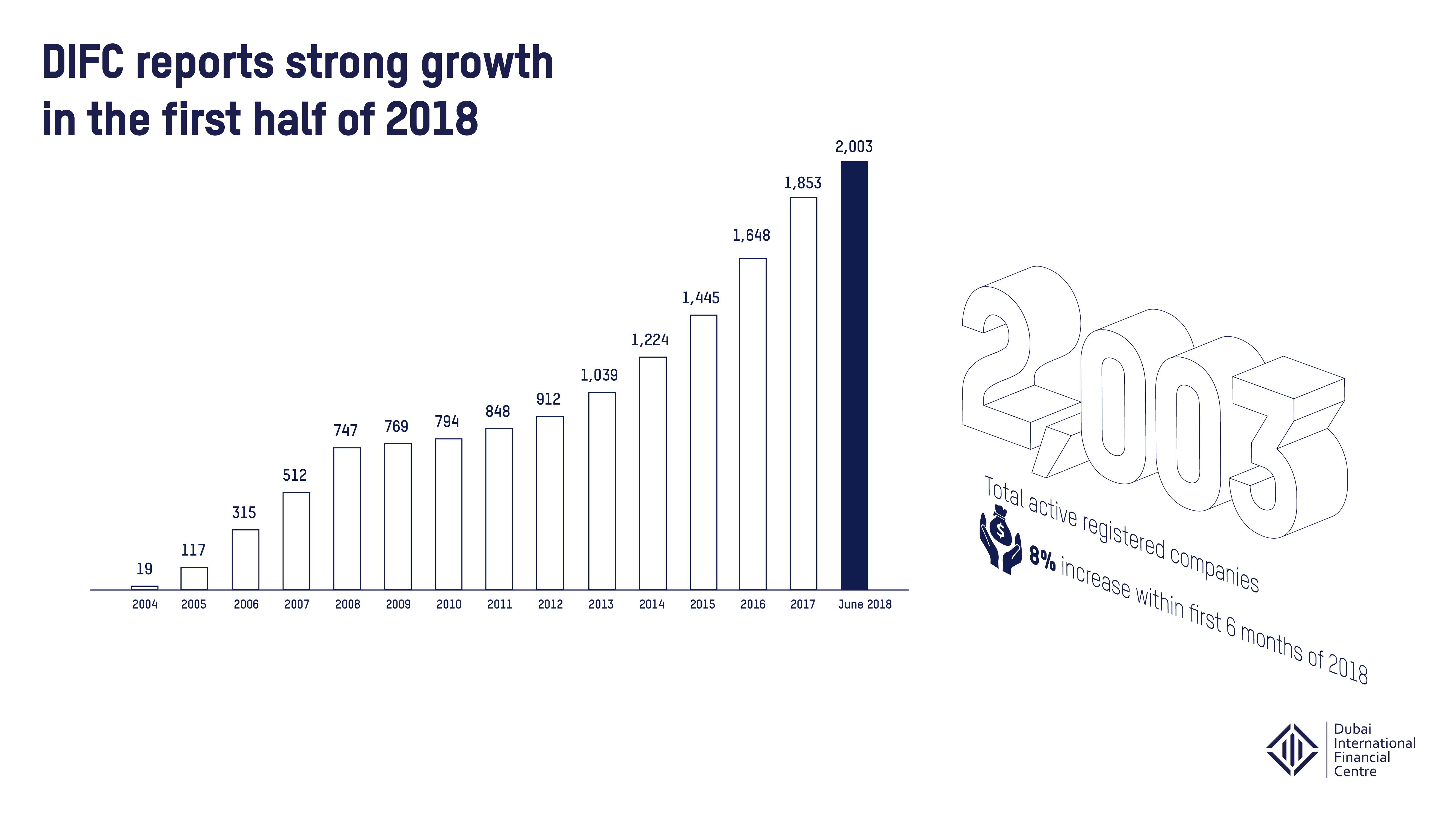 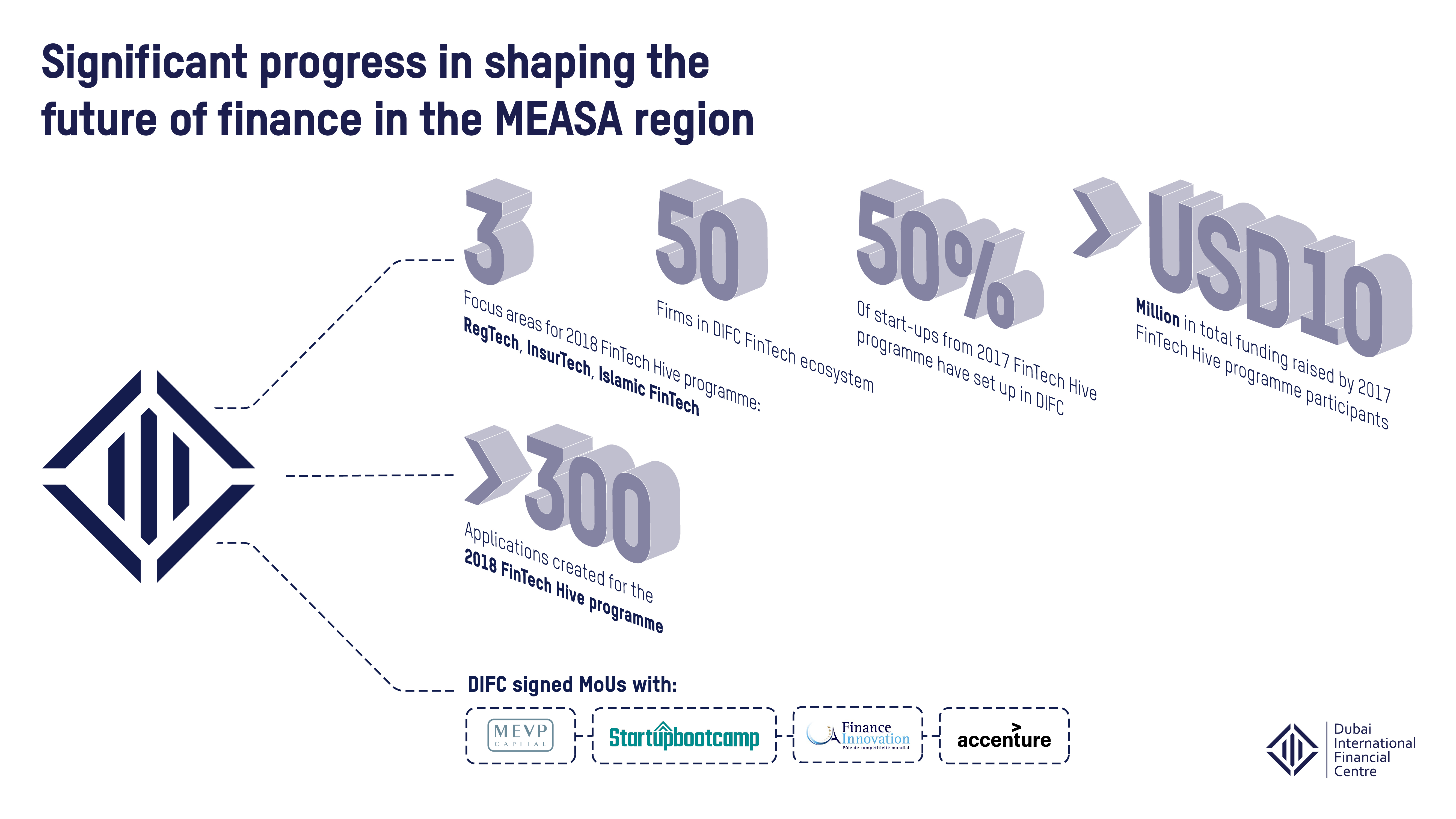 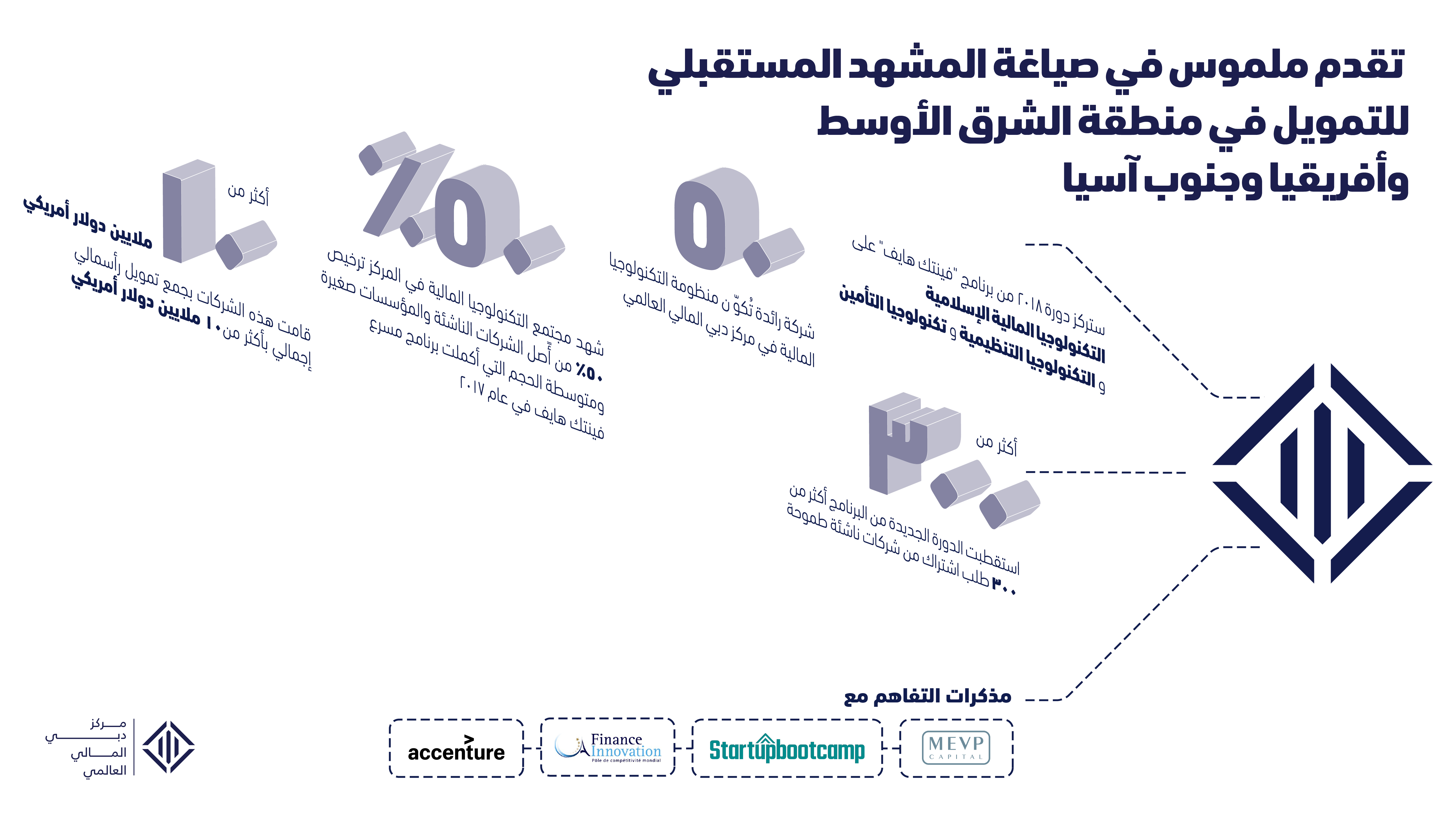 Rapyd brings the future of fintech to Dubai: First Israeli company on the road to be regulated in UAE